After (what felt like VERY LONG) a summer hiatus, the Philly Modern Quilt Guild has started up again for our 2011-2012 year! At the first meeting of the fall on September 20, we elected new officers, swapped some pin cushions, and enjoyed some show-and-tell followed by general socializing. We were also lucky enough to have Jessica Levitt, author of the new quilting book called Modern Mix, bring a suitcase full of the wonderful projects from her book!  It was a long summer and we're all excited to be meeting again!
The new officers for the 2011-2012 guild year are:
President - Andrew J
Vice President (until Feb. 2012) - Becky M.
Vice President (after Feb. 2012) - Anna Z.
Treasurer - Cathy F.
Secretary - Michelle K.
Event Committee Chair/Coordinator - Janet P.
Website/blog Committee Chair/Coordinator - Monica C.
Meeting Space Liaison - Candi W.
Here are some photos from our pin cushion swap. Everyone did an amazing job, but unfortunately the photos don't do their work justice because everything was pretty tiny!  Head on over to the Flickr set to see larger versions of the photos. 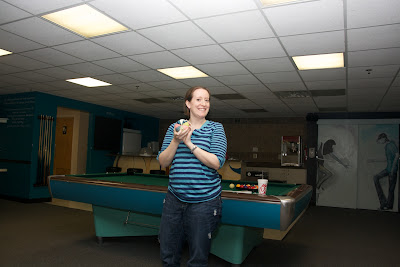 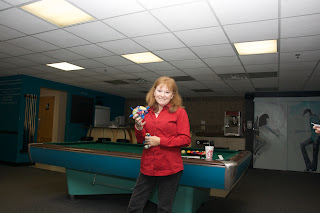 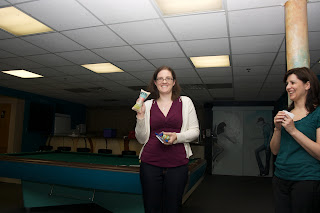 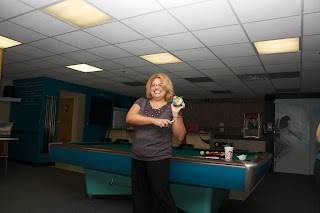 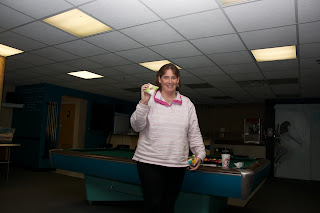 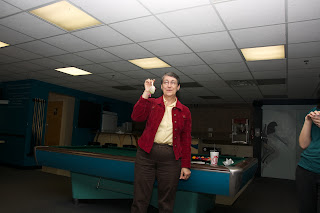 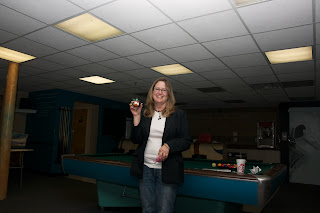 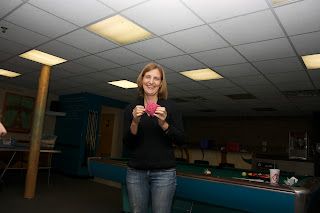 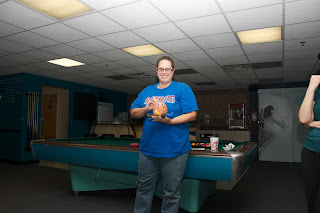 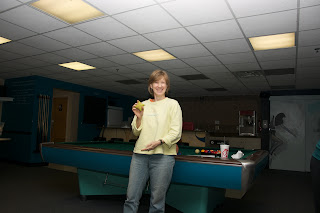 Now time for some show and tell! 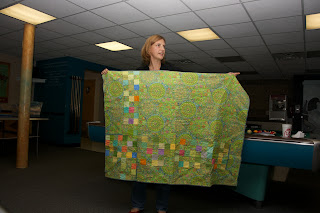 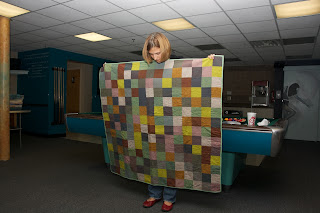 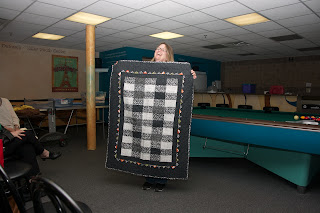 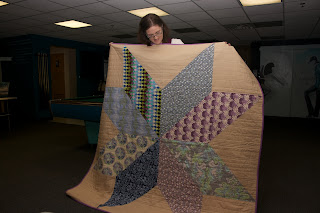 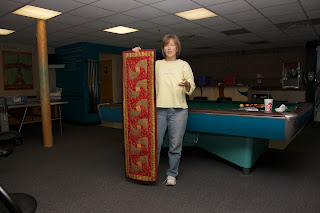 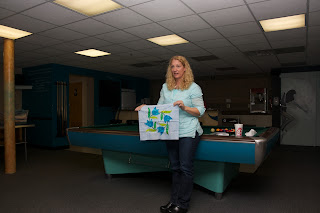 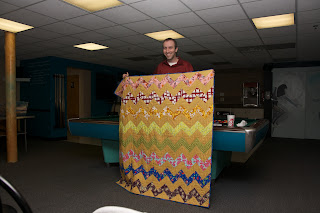 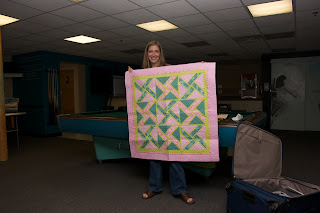 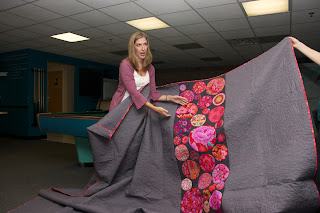 The retreat was held at White Oak Bed & Breakfast in Strasburg, PA from September 30 – October 1st.  Anna, Stephanie and Cathy were in attendance and all would do it again.

Everyone arrived on Friday afternoon, had a great dinner and then set up their machines for an evening of sewing. The last person didn't go to bed until about midnight! A big breakfast was served on Saturday before going back to sewing. Although no one was hungry, lunch was served and then the decision was made to do go out & do a little fabric shopping (to burn off some calories).


The fabric stores in the area have great prices and everyone did their part to support the economy. Then they headed back to the B & B for more sewing. Anna had 4 quilt tops with her that needed borders, backs and batting.

There were large areas to make quilt sandwiches and Anna took advantage of that. She was able to get all her quilts pinned for quilting.


Stephanie had the pieces for her quilt cut so she worked on piecing and ironing, laid it all out on the floor & worked on assembling the quilt top. Cathy got her monochromatic quilt quilted and the binding on then started her new project.

The innkeepers were so friendly and accommodating to our needs – you couldn’t have asked for more. There were discussions about future retreats and how to encourage more participation.

It was so rewarding to have the time to work on a project without any distractions, you just need to try it!

Events that may be of interest to members:

October 7: See Jessica Levitt for her book signing at The Little Shop in Haddonfield on Friday evening from 4:30-8pm

Not familiar with a shop hop? Start with purchase of a Passport from any of the 9 participating shops.  Passport includes savings from all participating shops, good thru June 2012. As you visit each shop, your passport will be stamped; you will receive chance on a give away at each shop, each day, and you will receive a piece of the shop hop quilt pattern. If you complete the passport over the course of 1 or 4 days, you are entered into the drawing for the grand prizes.  It is a great opportunity to visit a variety of shops, and see 9 interpretations of a quilt design.  **note from website: Quilters Hive in DE has closed.**

If you have any more local events- Let us know!

Where are people visiting from