Welcome to March and hopefully some warmer Spring weather and welcome to this month’s member story. This month we’ll meet Beth Corcoran, a lover of all things quilt-a-long related.

Beth grew up in Levittown and then moved to the Reading-area when she was around 9 years old.  Her parents still reside in that area, but most of her PA family is still in the Bucks County area.  She moved to Philadelphia for grad school in 2014 where she met her future husband Erik, they got married in 2018 in Philadelphia.  She has two cats, Einstein (8) and Oliver (5). They are the loves of her life and her husband completely understands! Beth has her doctorate in nursing and practice as a psychiatric-mental health nurse practitioner at a local hospital.  She and her husband enjoy going to Flyers games and recently having learned how to knit she now knits a lot at hockey games. She also enjoys yoga. over the last few years. 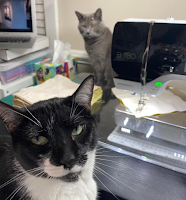 Beth started sewing in 2014 after her parents finally gave in and bought her a sewing machine that she had been asking for. When she took home economics in junior high, she loved making a pillow so much, she kept asking her parents for a machine and her persistence paid off after about 10 years. She then enrolled in some classes at a local Jo-Ann Fabrics.  She originally took sewing and garment classes, but then found the quilting classes.  She would go on to find and build a relationship with a wonderful teacher who really took the time to teach her the basics. She also met two of her quilty best friends there!  she would eventually move away from them when she moved permanently to Philadelphia, but they still go on retreats together and text each other what they're up to. She has several talented quilters/sewers in my family but now several are at an age where they do not do much crafting, but she sincerely enjoys talking with them about the craft.

Beth really enjoys the process of picking out a pattern and fabric.  She told me she tends to have a lot of piles of things that she is going to make but hasn't gotten to yet and often has multiple projects going at a time. Beth tends to gravitate to Modern traditional styles. She enjoys clean lines and colors and tells me she is obsessed with Rifle Paper Co fabrics.  She sees her style changing and evolving over time and is eager to see where it goes in the future.

One very interesting thing about Beth is her love of quilt-a-longs. Quilt-a-longs are generally run by the pattern developers on Instagram.  Usually there is a weekly email that participants will get to keep "on track," with the quilt along. The designers may have weekly goals or drawings for prizes as well. There is typically a specific hashtag for that specific quilt-a-long but there's also a general hashtag to follow #quiltalongs2020 to see when other ones are starting. It’s a way for quilters to get word out about their patterns while creating a larger following than just finding patterns at their local quilt shop. Beth went on to describe her interest to me:

“Being a younger quilter, there are many nights that I spent on Instagram drooling over other quilter's projects and inspiration.  I used to be able to identify any fabric and tell you the designer or production company (not so much now).  And then when I was on Instagram in the last year or so, I noticed these quilt-a-longs happening.  Analyzing myself a little too much, I think I was really drawn to them after I finished my doctorate and was craving a bit of structure.  I hadn't been able to do much quilting.  And if I did, it was for gifts.  So the quilt-a-longs allowed me a little bit of selfish sewing.  I love picking out fabric and using other quilter's pulls as inspirations.  I enjoy the challenge of trying to stay on track.  Ultimately, I love the engagement and encouragement from other quilters from around the country and world.  I think it's an awesome way to interact within this community.  When I tell people I quilt, I usually get a puzzled look, but Instagram has been a place for me to cultivate a community of like-minded individuals.  And secretly, I love the idea of being able to win a small prize for something I love to do”.

Beth went on to tell me that she’s fallen a little behind and hopes to play catch-up a bit but she’s having a hard time choosing which to work on! One other added benefit of participating in the quilt-a-longs, Beth now feels that she has the confidence to start considering her own patterns and ideas.

You can find more of Beths post on her Instagram @phillygator. Check out some of Beth’s projects below: 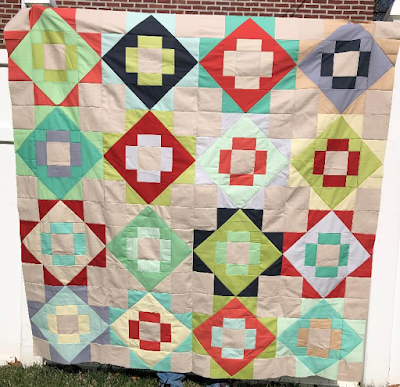 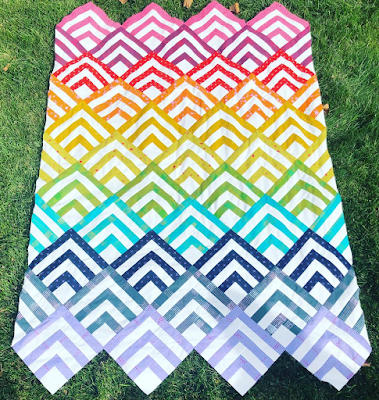 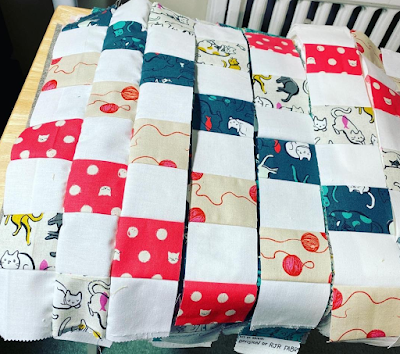 Here’s an example of some Instagram posts Beth made for the Evergreen quilt-a-long Evergreen by Alderwood Studios. 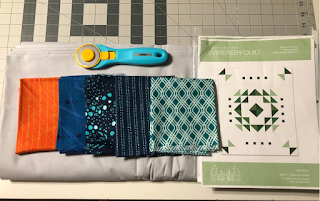 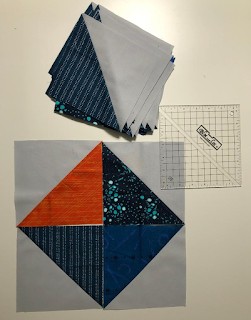 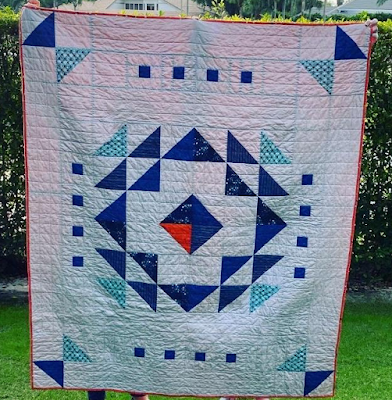 Posted by Philly Modern Quilt Guild at 12:01 AM

Where are people visiting from